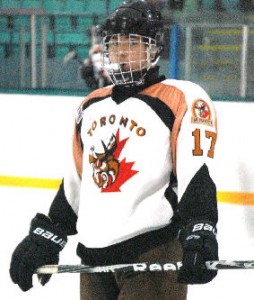 He is extremely excited and it should prove to be a very long journey of which he appears to be ready for.

The coach has outlined that his fitness conditioning is excellent as it directly relates to his performance on the ice.

Richard thanks so much for having him in the current fitness condition which allowed him to maintain and surpass other young men 4 years older than himself.

Justin looks forward to seeing everyone in September!” “This weekend was the first time Justin’s been in a game since the Spring.  He played 4 games this weekend and in each game I saw a big difference in his level of overall fitness which translated into his performance on every shift!  Results matter, and I am pleased to say that Justin seems to have benefited from his training with Richard.  Very rewarding to see.  Thank you!” 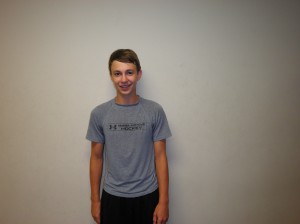 “Common to the success of athletes in all sports is their level of conditioning. With the help of the staff of Soccer Fitness my son was able to secure a position with a competitive AAA Hockey club with notable improvements in his foot speed, balance and agility. Their program achieved significant results quicker than we expected. Thanks Richard!”