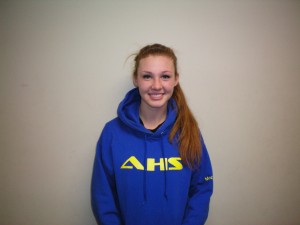 The 51st Member of the Soccer Fitness 20 MPH Club, Ellie successfully completed 2 separate, 4-second running bouts, at a top speed of 20.5 miles per hour, on Wednesday, November 2, 2011.  This feat is even more impressive considering that this was Ellie’s first ever attempt at overspeed running on the Noramco HS Elite high speed running treadmill.  Just over 1 month later, on Wednesday, December 21, 2011, Ellie improved her maximum running speed to an impressive 24 miles per hour, and then subsequently to 25 miles per hour, making her the new fastest ever female athlete at the Soccer Fitness Training Centre!  A defender with the Richmond Hill Raiders 1994 Girls OYSL team, Ellie is entering her final year of high school, and has ambitions to play Varsity soccer in the United States or Canada in 2012.  We at Soccer Fitness would like to congratulate Ellie on her accomplishments, and are looking forward to helping her reach her soccer goals this season.