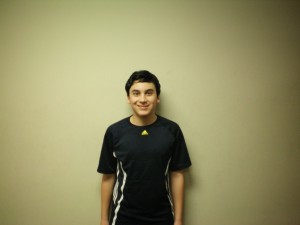 The 73rd Member of the Soccer Fitness 20MPH Club, John successfully completed 2 separate, 4-second running bouts, at a top speed of exactly 20 miles per hour, on Tuesday, February 28, 2012.  A defender with the North Toronto Nitros 1996 Boys team, John has been training with Soccer Fitness since January of 2012.  John has a goal of playing university soccer, either in Canada or in the United States.  We at Soccer Fitness would like to congratulate John on his accomplishments, and are looking forward to continuing to work with him throughout his soccer career.