3 Simple Strategies to Train for Speed (On the Field, With the Ball) This Pre-Season

Home/Fitness, Science/3 Simple Strategies to Train for Speed (On the Field, With the Ball) This Pre-Season
Previous Next

3 Simple Strategies to Train for Speed (On the Field, With the Ball) This Pre-Season

It’s the middle of April, and if you’re a youth soccer coach here in Canada that means you’ve probably started your pre-season in preparation for the outdoor competitive season, which typically starts sometime in May.

One of the most important areas of physical fitness that must be trained during the pre-season is speed.  If you have done a good job preparing your players with aerobic training during the past few months, then a transition into anaerobic – or speed – training during pre-season can be a very effective way to ensure that they are as fit as possible in time for the first regular season match.

Speed training, in its simplest form, requires athletes to perform multiple sets and repetitions of sprints at maximal or near-maximal intensity, while allowing for enough recovery between these sets and repetitions so that the intensity can be maintained throughout the entire workout.  In soccer, the best way to train for speed is on the field.  Below are 3 simple strategies that can help you to design appropriate exercises for your players that can be incorporated into your training sessions, on the field, and with the ball.

The principle of specificity dictates that the adaptations which occur from a training stimulus are specific to the type of training stimulus used.  Thus, if you want your players to become better at running in a straight line, then linear running training in which they run in a straight line would be appropriate.  If, however, you want your players to become better at the types of running they must do in soccer (straight and diagonal runs, backwards and lateral runs, frequent decelerations and changes of direction, etc.) then these types of runs must be performed in speed training sessions.  In order to make speed training soccer-specific, coaches must design exercises where players must run and move at high intensities using the exact same movements – both with and without the ball – that are used in the game.

Reaction time involves the time interval between the presentation of a stimulus, and the movement that occurs as a result of this stimulus.  In track and field, for example, athletes must react to an auditory stimulus – the sound of a gun after an “on your marks..get set..” countdown.  In soccer, on the other hand, almost all of the sprints and high intensity movements involve reactions to visual – not auditory – stimuli.   Thus, incorporating exercises that present players with visual stimuli (different color cones, hand gestures, movements of players, etc.) will make the reaction time training more relevant – and specific – to the sport.

One of the greatest challenges you will face when implementing speed training on the field is trying to ensure that your players run as fast as they possibly can during each repetition or sprint.  If they do not – a problem which typically occurs because they are not pushing themselves – then there is little chance that the training will elicit any actual improvements in running speed.  An effective way to get players to push themselves during speed training is to make the exercises into a competition.  Have them compete directly, 1 versus 1 or in small groups, and keep score.  Incorporate some kind of reward for the “winners” of these competitions, and also a punishment for the “losers” (push-ups are an excellent means of punishment).

Below are some examples of speed training exercises, which have been pulled directly from our own Soccer Fitness On-Field Training protocols, and which (of course) also incorporate the three suggestions listed above.  I hope you enjoy them and as always, welcome your feedback! 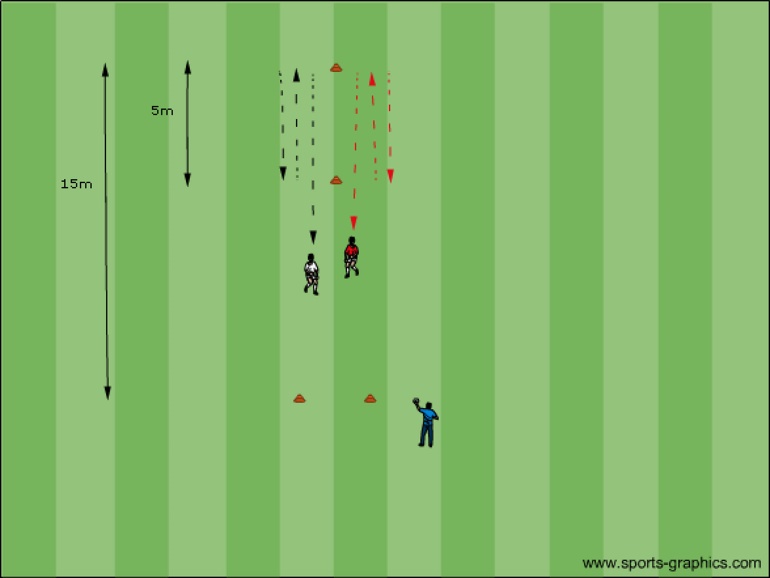 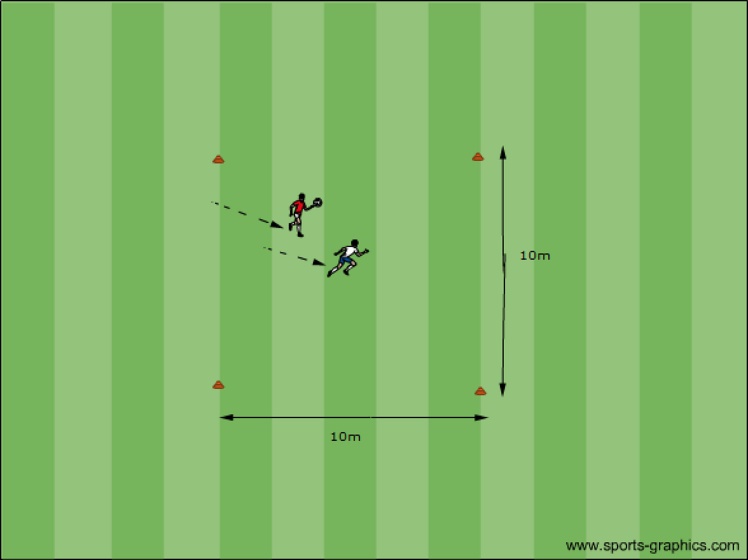 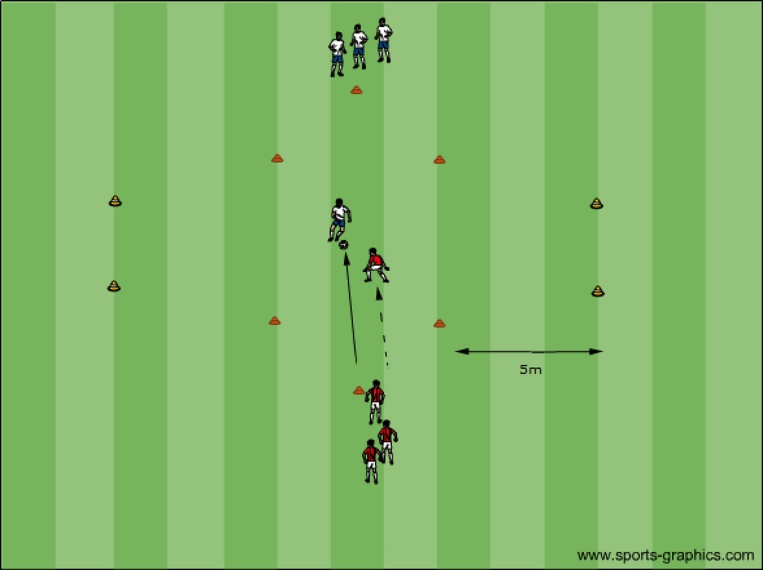