Home/Archives/2010/Soccer Fitness Has Returned From South Africa!
Previous Next 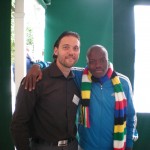 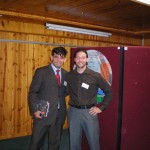 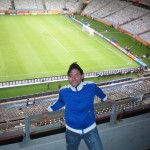 THE CONFERENCE IS AIMED AT ACADEMICS, SPORT SCIENTISTS, TEACHERS, STUDENTS, ADMINISTRATORS AND COACHES WITH AN INTEREST IN THE SCIENTIFIC STUDY AND/OR THE PRACTICAL PERFORMANCE OF SOCCER FROM THE GRASS ROOTS TO THE PROFESSIONAL LEVELS.

RICHARD PRESENTED A STUDY, TITLED ‘SPEED AND HIGH INTENSITY RUNNING IN FEMALE SOCCER PLAYERS AT DIFFERENT LEVELS OF PLAY IN CANADA’, AT THE CONFERENCE.

CONCLUSIONS OF THE STUDY INCLUDED:

SUMMARY OF OTHER PRESENTERS AT THE CONFERENCE:

***BE SURE TO CHECK OUT OUR MEMBER’S SECTION FOR FULL-LENGTH VERSIONS OF PRESENTATIONS FROM THE SECOND WORLD CONFERENCE ON SCIENCE AND SOCCER, PLUS MUCH MORE!***