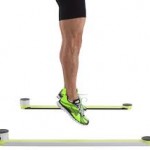 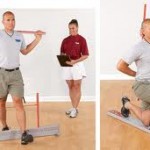 Beginning in October, 2011, Soccer Fitness will be revising our Soccer-Specific Fitness Assessment protocols.  Now consisting of a full 2-hour protocol, our new Assessments will feature the exact testing protocols used by the Ontario Soccer Association, and the Canadian Soccer Association, with both the Ontario Provincial and Canadian National Soccer Teams.  Among the new additions to our assessment protocols are the Optojump Next vertical jump assessment, and the Functional Movement Screen, both considered Gold Standard physical assessment tools for elite / high performance athletes.  Read on to learn more about the new additions to the Soccer Fitness Soccer-Specific Fitness Assessment Protocols.

Optojump next is an innovative system of analysis and measurement of athletic performance.  An optical measuring system consisting of one transmitting and one receiving bar, each of which contains 33 leds, that detects any interruption between the two bars and calculates their duration.  This unique system makes it possible to measure flight and contact times during running, jumping, and/or a series of jumps, with accuracy of 1/100th of a second.  The Optojump system provides the most accurate assessment of leg power in the world, and is currently being used by professional soccer teams in the Premier League, Serie A, and La Liga, as well as several other countries.  Previously only available in Canada to members of Provincial and National teams, Soccer Fitness Inc. is now offering Optojump assessments to soccer players of all ages and levels of ability.  For more information about the revolutionary Optojump system, visit: www.optojump.com.

In September, 2011, Soccer Fitness Inc. will be giving youth soccer players a sneak peek at our new testing equipment and protocols.  Keep logging on to www.soccerfitness.ca to stay updated!